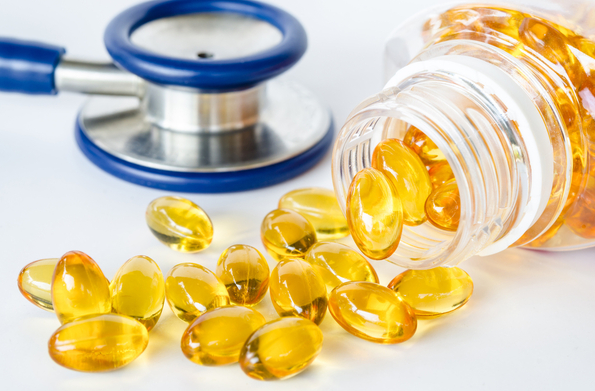 Why are the Inuit so healthy?

In the early 1970s, Danish researchers investigated the health of the Inuit, the indigenous people of Greenland. The results of the survey showed that they ate very few vegetables and fruits, but had lower blood cholesterol and triglyceride levels and lower rates of heart disease. This is when blue fish, such as the Inuit people's favorite food, first began to attract the attention of the medical community.

Common knowledge that omega-3s are good for health

In 1989, a prominent British medical journal, BMJ (British Medical Journal), reported that eating fish oil reduced the mortality rate by 29% for two years, and this was estimated to be due to the large amount of omega-3 in blue-backed fish. Finally, in 2002, the American Heart Association (AHA) officially announced that omega-3s reduce cardiovascular disease in both epidemiological and clinical studies. It is now common knowledge that omega-3s provide health benefits. In the United States alone, $1.2 billion worth of omega-3s are sold each year.

The main parts of omega-3 are DHA and EPA

There are three main types of omega-3. Omega-3, which is abundant in perilla oil and nuts, refers to alpha linolenic acid (ALA), an unsaturated fatty acid. However, Omega-3, which is the main ingredient in nutritional supplements, is not ALA, but DHA and EPA, which are abundant in blue fish.  The benefits of omega-3s discussed here are also for DHA and EPA. When ALA enters the body, it is metabolized into DHA and EPA, but the conversion rate is less than 1%. And most of the omega-3 health benefits we know come from DHA+EPA.

The most important benefit of omega-3 is that it helps with blood vessel health.  It is particularly effective in reducing triglycerides that cause hyperlipidemia. Of the omega-3s, EPA is primarily responsible for this effect. Personally, I think this is the most important reason to take omega-3 supplements. This is because cardiovascular diseases, in which blood vessels are clogged and burst, such as myocardial infarction or stroke, are tragic diseases that claim about 60,000 lives in Korea every year.

There are also announcements that have no effect.

As with other nutritional supplements, negative results have been published in various studies regarding the preventive effect of omega-3s on diseases such as heart disease.  As a result of analyzing 20 papers related to omega-3, the paper in the Journal of the American Medical Association in 2012 that there was no effect on total mortality, heart disease and sudden death, myocardial infarction, and stroke is representative. In 2015, the Washington Post, a famous American daily newspaper, reported that there may be exaggeration in the efficacy of omega-3.

What should not be overlooked in the results is...

However, the fact that the disease prevention effect of nutrients other than drugs cannot be properly evaluated with only a few short-term clinical trials, and omega-3 is a disease prevention in epidemiological studies with the recent appearance of excellent new drugs such as statin-type cholesterol treatment, hypertension treatment, and diabetes treatment. It must be taken into account that the effect is relatively obscured. It should not be overlooked that the quality of commercially available omega-3s varies widely, and most studies did not take into account the quality of these products.

A series of recent positive studies

However, recent positive research results on the efficacy of omega-3 have come out one after another, putting the omega-3 useless theory to shame. Atherosclerosis, one of the most influential academic journals related to cardiovascular disease, published a meta-analysis of 11 randomized clinical studies related to omega-3 in 2013. Here, when at least 1g or more was consumed for more than 1 year, there was no effect on stroke, but it was revealed that the mortality rate from heart disease was reduced by 32%, the incidence of sudden death by 33%, and the incidence of myocardial infarction by 25%. In 2015, researchers at the University of Pennsylvania Medical School reported that healthy people aged 60 to 80 took 2 grams of omega-3 supplements per day for 12 weeks and found that arterial elasticity increased. Because of this, the American Heart Association as well as the National Institutes of Health (NIH) are announcing a positive position on the need for omega-3. The U.S. National Institutes of Health, on a web page for doctors and other professionals, says omega-3s reduce total mortality, as well as sudden death, heart attack and myocardial infarction. In addition, these effects are described as “The evidence is the strongest for fish and fish oil supplements in fish and fish-derived omega-3 nutrients.”

In terms of heart function, some studies have shown that omega-3 maintains normal heart rhythm and coronary blood flow, prevents arteries from narrowing again after coronary angioplasty, and improves exercise capacity in patients with atherosclerosis.  Helping maintain a normal heart rhythm means some relief from arrhythmias. I think omega-3 supplements are essential, not optional, especially for people with diabetes and risk factors for cardiovascular disease. People with risk factors for cardiovascular disease include men over 45 years of age and postmenopausal women over 50 years old, people with high blood pressure, blood sugar, and cholesterol levels, people with abdominal obesity, people who drink alcohol and tobacco, and people who have had a stroke or heart disease in their family at a young age. It refers to a person who has a sudden death in

Efficacy recognized by the best hospital in the United States

The Mayo Clinic, one of the best hospitals in the United States, said on its official website that Omega-3 is A, which means the strongest scientific evidence in five areas: coronary artery disease, hypertension, hyperlipidemia, rheumatoid arthritis, and recurrence of heart disease. It was determined that there was strong scientific evidence.  Given that omega-3s are a single nutrient and not a drug, it's surprising that omega-3s are so powerful in so many areas.